Slide me for more types of pizza's veg pizzas 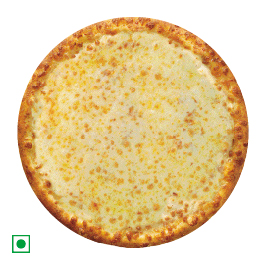 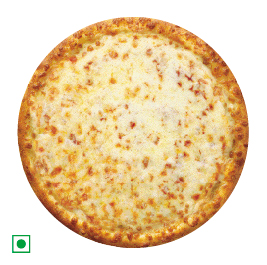 The ever-popular Margherita - loaded with extra cheese... oodies of it! 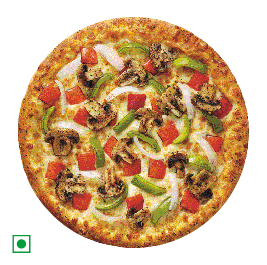 A pizza that goes ballistic on veggies! Check out this mouth watering overload of crunchy, crisp capsicum, succulent mushrooms and fresh tomatoes 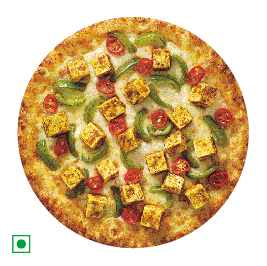 Chunky paneer with crisp capsicum and spicy red pepper - quite a mouthful! 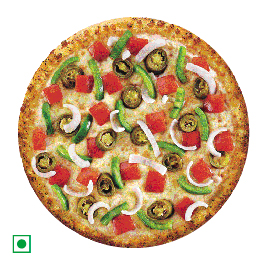 A pizza loaded with crunchy onions, crisp capsicum, juicy tomatoes and jalapeno with a liberal sprinkling of exotic Mexican herbs. 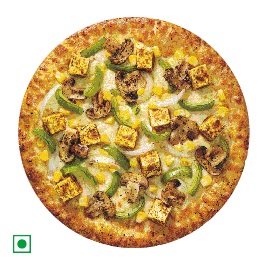 For a vegetarian looking for a BIG treat that goes easy on the spices, this one's got it all.. The onions, the capsicum, those delectable mushrooms - with paneer and golden corn to top it all. 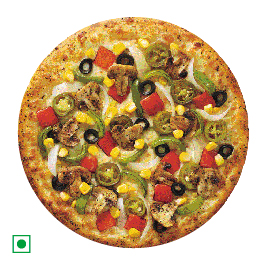 A pizza that decidedly staggers under an overload of golden corn, exotic black olives, crunchy onions, crisp capsicum, succulent mushrooms, juicyfresh tomatoes and jalapeno - with extra cheese to go all around. 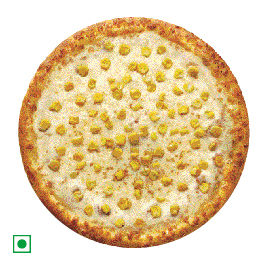 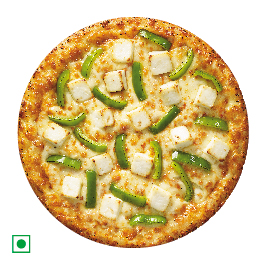 Paneer and Capsicum on Makhani Sauce 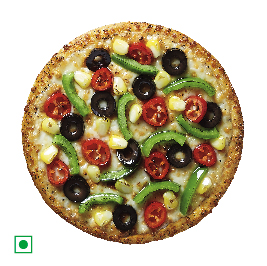 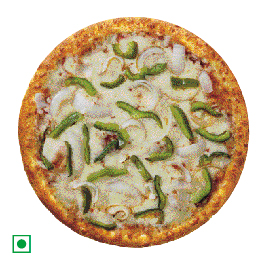 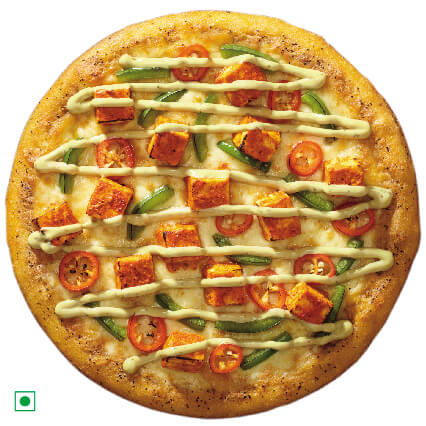 It is hot. It is spicy. It is oh-so-Indian. Tandoori paneer with capsicum I red paprika I mint mayo